This powerful antioxidant may help with healthy sperm – here’s everything you need to know. 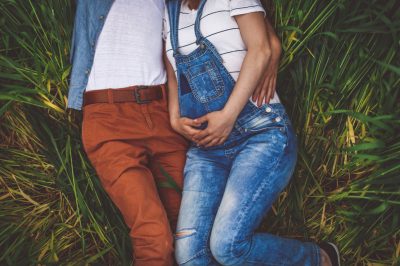 When we think of fertility issues our minds may often jump to women, but statistics show they are widespread among both sexes.

Male fertility problems can include poor quality sperm, low sperm count, and blockages in the tubes of the reproductive system.

So, what exactly is Ubiquinol?

Even when we’re sedentary, everything that’s going on in our cells requires an incredible amount of energy exchange.

Ubiquinol is one of the most powerful fat-soluble antioxidants in the body and research shows this form of CoQ10 plays a critical role in creating most of this cellular energy.

What does Ubiquinol have to do with sperm?

Studies have shown that Ubiquinol is not only present in high levels in sperm, but that it can protect sperm cells from oxidative damage, improve sperm count and may also play a role in sperm energy production.

One study by Iranian researchers, published in The Journal of Urology, found Ubiquinol may be “significantly effective” in helping men with oligoasthenoteratozoospermia – a condition where a man has the combination of a low sperm count, poor sperm motility or movement, and abnormal sperm shape.

Among the more detailed findings of this study were that:

Our natural Ubiquinol levels decline as we age, peaking at around the age of 30 (or even earlier if you are physically active or stressed).

So it may be worth looking at compensating for a decline in natural Ubiquinol levels, particularly if you and your partner are trying to conceive.

You can find Ubiquinol in foods like sardines and red meat, but you’d need to eat 50 cans of sardines or 3kg of red meat per day to reach your recommended daily intake.

Ubiquinol is also available in supplement form. Scientists have developed a soft-gel Ubiquinol supplement available from leading Australian brands, to help ensure you get the adequate amount of Ubiquinol you need.

Speak to your healthcare practitioner first to find out more about Ubiquinol and remember a healthy diet, exercise, rest and low stress are also important in your fertility journey.

This post is brought to you by Kaneka Ubiquinol. Always read the label. Use only as directed. Consult your healthcare practitioner.

As appeared on House of Wellness.