What would you pay to take care of your heart?

What would you pay to take care of your heart? 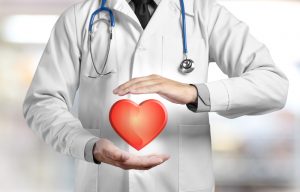 The benefits of Coenzyme Q10 (CoQ10), particularly for heart health, have been recognised and extensively studied since its discovery in the late 1950s.

Now fast forward to 2007, when Ubiquinol – the more active form of CoQ10 – became commercially available as a supplement. This more easily absorbed form has taken the heart health benefits of CoQ10 to the next level.

Although more expensive to produce and purchase, research shows it offers improved health benefits over standard CoQ10 due to its greater bioavailability.

What’s the Difference between CoQ10 (Ubiquinone) and Ubiquinol?

As we age, it becomes more difficult for our body to convert CoQ10 to the active and more absorbable form, Ubiquinol. [ii] So if you take the standard form of CoQ10 as a supplement, you may not be getting the most effective dose for your health.

Ubiquinol may ultimately give you the biggest bang for your buck as it has superior bioavailability[iii],[iv] to standard CoQ10, meaning it is more readily absorbed in the intestinal tract.

The amount your body absorbs will vary based on your age and overall health, but studies have consistently shown Ubiquinol to be the form of CoQ10 that’s easier for the body to use and hosts the most benefits.

Once absorbed, Ubiquinol has several benefits for cardiovascular health:

There are many Ubiquinol supplements available from leading healthcare brands. Ask your health practitioner or local pharmacist which product is right for you.

Always read the label. Use only as directed. If symptoms persist, consult your healthcare practitioner.